Clomadex is not only one of the most advanced post-cycle therapy products available, but it is also a state of the art complete hormone modulation unit. Clomadex helps to decrease estrogen, raise free testosterone, control cortisol and boost sexual performance.

Clomadex is not only one of the most advanced post-cycle therapy products available, but it is also a state of the art complete hormone modulation unit. Clomadex helps to decrease estrogen, raise free testosterone, control cortisol and boost sexual performance. A perfect compliment for any PCT cycle or for those who simply wish to raise their natural testosterone levels. If you have had experience with pro-hormones, S.A.R.M.S or anabolic steroids and feel side effects even after completing your cycle (eg. lethargy, acne, high blood pressure, etc) a PCT might just be what you need. For anyone running any non-natural hormonal compounds a PCT must be taken into account in order to get everything back to normal and keep side effects to a minimum whilst maintaining results.

With Pure Labs Clomadex you are guaranteed to see results in retaining gains you made whilst on cycle.

What is in Clomadex and why?

A phyto extract that has been used as an aphrodisiac and pro-erectile agent for hundreds of years, even shown to increase sexual performance by 250%. Recently scientists have also discovered that it can also boost your testosterone levels by 200%. It achieves this by stimulating your leydig and sertoli cells, which increase the production of testicular cholesterol, a precursor to testosterone.

Another benefit, if used for post-cycle therapy, is in regard to combating testicular atrophy, increasing testicular weight by 11-15% by increasing the sialic acid, cholesterol and glycogen content of the testicles.

Containing an alkaloid which is a precursor to the neurotransmitter dopamine, this ingredient increases the level of hypothalamic growth hormone, working against prolactin's suppressive effect on libido and testosterone. This increases testosterone, luteinising hormone, dopamine, adrenaline, and noradrenaline levels as well as sperm and testicular health. Mucuna Pruriens also helps with stress levels, having been reported to return high cortisol levels back into the normal range.

A metabolite of 7-Keto DHEA, it increases testosterone levels and reduces high levels of estrogen and cortisol. It works by inhibiting androgens in the body from converting into estrogen and because it is a suicide aromatase inhibitor (meaning that it binds to the aromatase enzyme), there is no estrogen rebound once you stop taking it. Best of all, it is a natural compound that is a downstream metabolite of DHEA that exists in the body.

It increases your natural myotropic state which promotes muscle mass, speeds up recovery, decreases fat storage and increases your libido. Unlike other aromatase inhibitors, it won’t give you sore joints from dryness or kill your sexual performance.

Deficiency in Vitamin D3 decreases athletic performance and power output. In a cross-sectional study it has also shown to increase free testosterone by lowering sex hormone-binding globulin (SHBG) which would otherwise bind to testosterone, making it unusable. Vitamin D3 has also been shown to promote luteinising hormone release, which stimulates leydig cell production of testosterone.

There is only one name that matters in hormone modulation and PCT, and that name is Clomadex! 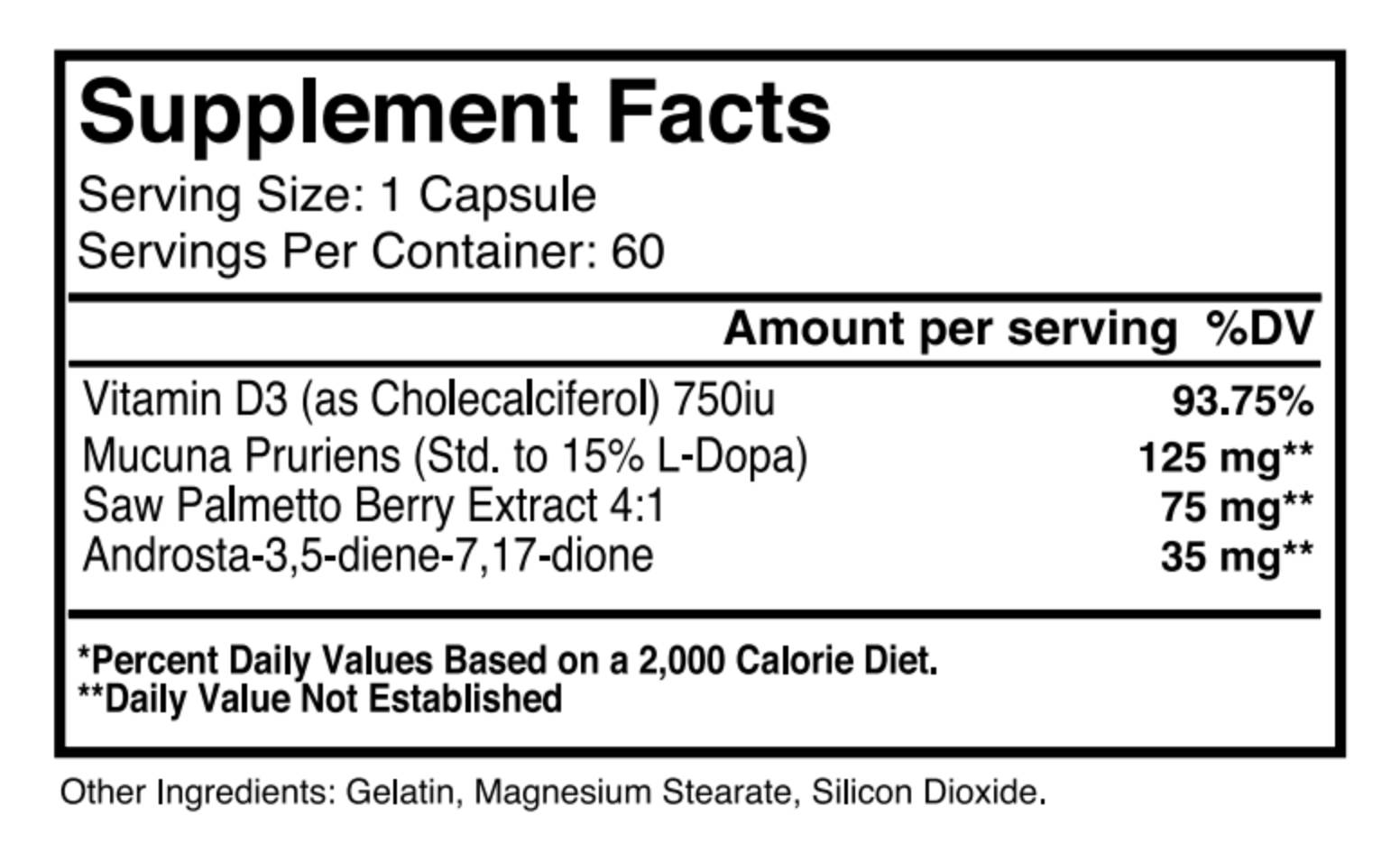